Don’t let the government bottle it

This week, the Government revealed a new consultation to overhaul the current waste and recycling system in the UK, including the proposed Deposit Return Scheme

We want to make it easy for people to return drinks containers, so that they don’t end up in our seas, forests and parks.

We want to hear how you think a #DepositReturnScheme should work in England.

WHAT IS THE DEPOSIT RETURN SCHEME?

Deposit Return schemes work by charging consumers a small financial deposit for every bottle they purchase. The consumer drinks the product, then posts the empty bottle into a machine which produces cash or a coupon to return the deposit. In Norway where the scheme has been hugely successful, a shopper pays the equivalent of 10p to 25p depending on the size of the bottle. In countries where the scheme has been installed, it’s led to recycling rates soaring to and sticking around 97% – whereas in the UK, just over half of the 13 billion plastic bottles used every year are recycled, with 700,000 littered every single day.

The UK proposal, part of the Resources and Waste Strategy, is likely to copy one of the schemes adopted in other countries. There are currently two options that are being explored during the consultation – the ‘on the go’ or the ‘all in’ approach.

The ‘on the go’ proposal, would include single soft drink cans and small mineral water bottles that people tend to buy while out of the home, but would limit the scheme to small bottles (smaller than 750ml), which are typically consumed by people when out of home, despite evidence that this would exclude millions of plastic bottles.

This is being considered following pressure from retailers who say only small bottles should be considered because they cause most litter; larger bottles could be exempted because they are mostly recycled at home, they argue. In a recent BBC article, Andrew Opie, of the British Retail Consortium, said “a catch-all deposit would mean big bottles going into recycling machines rather than home recycling bins”, he argued. “This would remove a source of revenue for local councils, because plastic bottles are valuable for recycling”.

However, the environmental charity, Surfers Against Sewage (SAS), collected 27,696 single-use drinks containers from 500 beaches and rivers in clean-ups in October. Of the bottles, 58 per cent were 750ml or larger and would be excluded if the drinks industry succeeds in convincing the government to limit the new deposit scheme. They have warned the new recycling scheme could fail to capture billions of plastic bottles if industry succeeds in watering down the Deposit Return Scheme an are calling on the public and small businesses to voice support for the ‘all in’ model pressuring Michael Gove to act. 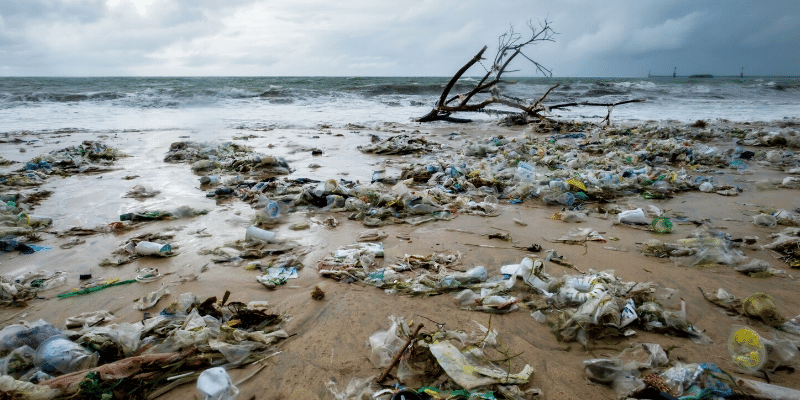 We at City to Sea are committed to preventing plastic pollution at source – reducing the need for recycling in the first place by advocating reuse and providing practical solutions to the single-use water bottles such as our Refill campaign.

We’re hugely supportive of the Deposit Return Scheme as a means for capturing the plastic bottles in use and ensuring they don’t make their way into our oceans. We’d like to see the Government listening to the public and taking real action to curb the issue of plastic pollution by implementing the ‘all in’ version of the scheme – not bowing to industry pressure to water down the potential impact of the DRS scheme in England.

Have your voice heard and tell the government we need a Deposit Return Scheme that is inclusive and tackles bottles of all sizes – it’s not just small bottles washing up on our beaches so why would we create a scheme that only deals with part of the problem?

RESPONDING TO THE CONSULTATION

As a country, England is already lagging behind Scotland, who were the first to commit the DRS scheme in the UK, and Wales who are now the third best country in the world for recycling. Let’s make sure we don’t continue in this way.