From July 3rd 2021, single-use plastic cutlery, plates and polystyrene (amongst other things) have been banned across Europe as part of the EU’s Single-use Plastics Directive. This is great news and means we’ll be able to directly stop some of the most polluting items from ending up in our oceans!

The bad news is, whist the ban was agreed by the UK when we were part of the EU, Westminister is now dragging its feet and has so far not even opened a consultation on the issue which means a decision or a ban could be months or even years away. For fork’s sake!

THE STATS ARE HARD TO SWALLOW

Plastic cutlery has been found to be one of the top 10 beach litter items in Europe and worldwide studies of beach clean data.

Despite the welcome banning of straws, stirrers and cotton buds, in October 2020, we are now in danger of falling behind the rest of Europe in implementing these very minimal steps. If the UK wants to be a “global leader” then it has to lead on important environmental issues, not fall behind. In the wake of the G7 summit, and in the lead up to COP26, when the eyes of the world are on the UK, the government is not only failing to take the lead on tackling plastics but is falling behind our European neighbours and devolved nations within the UK.

Although not being part of the EU, Scotland, Wales and Northern Ireland are ALL looking to implement this ban. Northern Ireland is compelled under the Norther Ireland Protocol to have transposed “certain articles” of the Directive by 2022 and both Scotland and Wales have proposed bans in their own domestic markets. 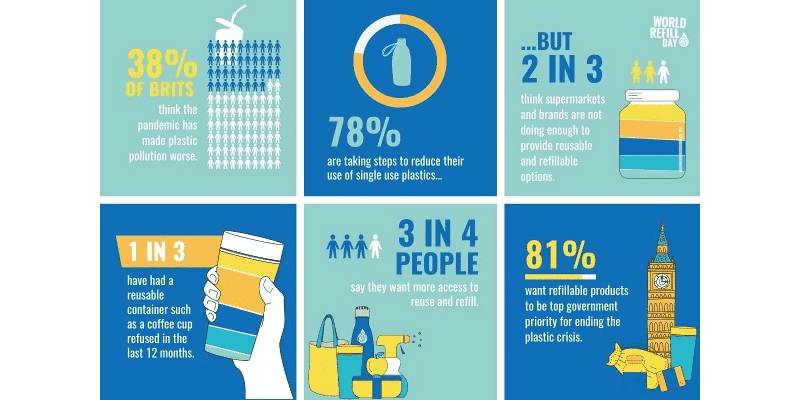 A FORK IN THE ROAD MOMENT

Together with our friends at Greenpeace, we’re now calling for an urgent ban on some of the most polluting single-use items including cutlery, plates and polystyrene food containers.

What better time to let the government know we’re not willing to wait for them to take action on such a basic commitment than Plastic Free July?!

An open letter to Rebecca Pow

We were promised post-Brexit that the UK would be a world leader in environmental standards but at the first hurdle, we seem to be stumbling. As such we’ve joined forces with a few of our closest friends and plastic campaigning organisations to collectively urge Rebecca Pow in an open letter to ensure the UK government at the very least matches the ambition shown by our Welsh, Scottish, Northern Ireland and other European neighbours and meet the minimum standards as set out in the EU’s single-Use Plastics Directive.