It’s been a monumental 12 months for us at City to Sea and for the environmental movement as a whole. Extinction Rebellion brought London to a standstill, the Friday’s for Future campaign exploded and ‘Climate Emergency’ was named as Oxford Language’s ‘Word of the Year 2019’. As a nation, we’re now, more aware than ever of the fragile state of our planet and the urgent action needed as we head into the new decade.

But before we pack up for Christmas and sail into the new year, it’s time to reflect on how far we’ve come together this year. None of this would be possible without our dedicated volunteers, supporters and of course our incredible partners.

We couldn’t do what we do without the support of each and every one of you, so a massive THANK YOU from all of us – you made all of this happen! 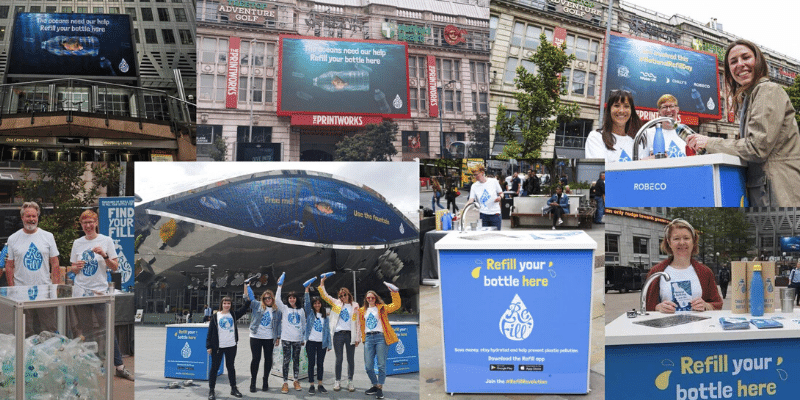 THE RISE OF THE REFILL REVOLUTION

The Refill campaign grew beyond belief in 2019 and we’re now on track to have prevented 100 million plastic bottles from entering our waste stream by the end of the year. We hit 250k app downloads and were listed in Vogue Magazine, The Telegraph and Men’s Health Magazine’s as a top sustainability app.

We held our second National Refill Day reaching an estimated 73 million on social media and were trending on Twitter ALL DAY!

Our incredible Refill community grew to over 350 schemes across the country, and there are now almost 30,000 Refill Stations on the app offering free drinking water to thirsty people.

We teamed up with food and farming charity, Sustain, to launch the #50Fountains Challenge and launched a pilot in Bristol & Oxford to expand the campaign and become the go-to for avoiding single-use plastic. Oh, and our Refill X Chilly’s bottle got a shout out on This Morning and the campaign featured on the BBC series ‘Hugh’s War on Plastic.’

As if that’s not enough, we’re now going global with Refill schemes launching in Japan, Italy, Chile, Ecuador and Australia!

None of this would be possible without our incredible community of volunteers, who drive the Refill Revolution on the ground and make the campaign the success it is today. Here’s to 2020 being even bigger and better! 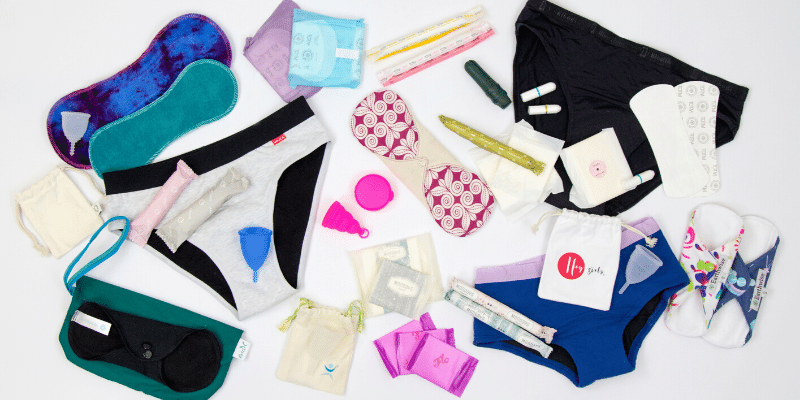 This year you helped us petition the government to get #PlasticFreePeriods products into schools. And joined us in launching our nationwide #RethinkPeriods schools programme and helped us encourage retailers to stock more eco-friendly product choice.

As a result of our petition, which had nearly 40,000 signatures, the Dept for Education said that products sent to schools would be now be required to be ‘environmentally friendly’. This move could prevent 90 million carrier bags worth of plastic!

We reached more than 11 million people on social media, raising awareness of the issue of plastic in menstrual products and our film ‘Turning Tides’ toured with the Ocean Film Festival during Environmenstrual Week.

We’ve also had success with the retailers and now have open dialogue with 7 large UK retailers, encouraging them to remove plastic from their own brand period products and stock more plastic-free period choices. This is all thanks to you calling them out on social media and letting them know it’s a #Bloodyshame reusables are not more widely available. 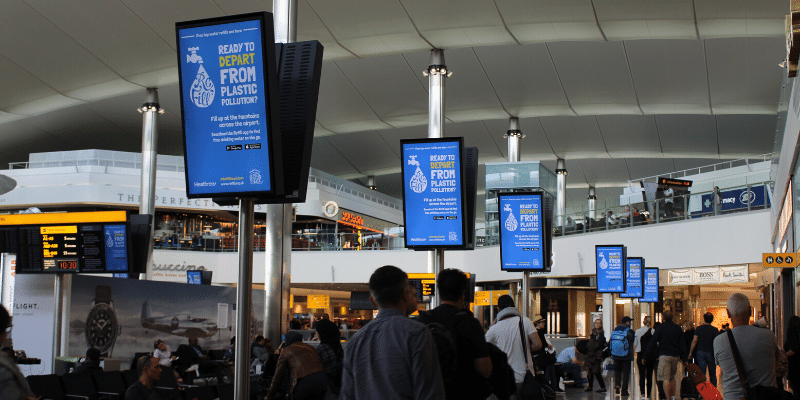 Over the summer we launched the #PlasticFreeTravel campaign to help make it easier for people to avoid single-use plastic when they are travelling. We teamed up with transport hubs, like Heathrow Airport and Network Rail to ensure travellers were able to Refill on the go. Partnering with Premier Inn as our ‘best practice partner’ pledging to reduce single-use plastic across their hotels.

We had our voices heard and petitioned the top 5 Health & Beauty retailers to encourage them to stock more plastic-free products.

BE A GOOD A**HOLE

In the autumn, we took our Unflushables campaign to the next level, working with Lord of the Rings film-star Andy Serkis in a hilarious new role as a ‘talking a**hole‘.

Our #BeAGoodAsshole campaign was a big hit with the media – in what must be one of our all-time campaign highlights, we got The Guardian, the Telegraph and Huffpost to use the word anus in a serious feature about wet wipes and fat bergs! But on a serious note, the campaign reached millions, raising awareness of a massive issue to a totally new audience.

Next year, the a**hole advert is going on tour and will coming to a cinema near you. Watch this space!

In case you missed it, last week we took on plastic-polluting giants Coca-Cola for their recent digital and out-of-home advertising campaign. We complained to the Advertising Standards Authority about Coke’s use of the phrase ‘single-use’ and challenged them on their claim that ‘single-use plastic bottles are only single-use if they are thrown away.’

The ASA has now been inundated with complaints from our incredible supporters and is now looking into the campaign. With Coca-Cola named as the top polluter globally, it’s campaigns like this and the support from all of you, which really allow us to have a big impact in preventing plastic pollution at source. 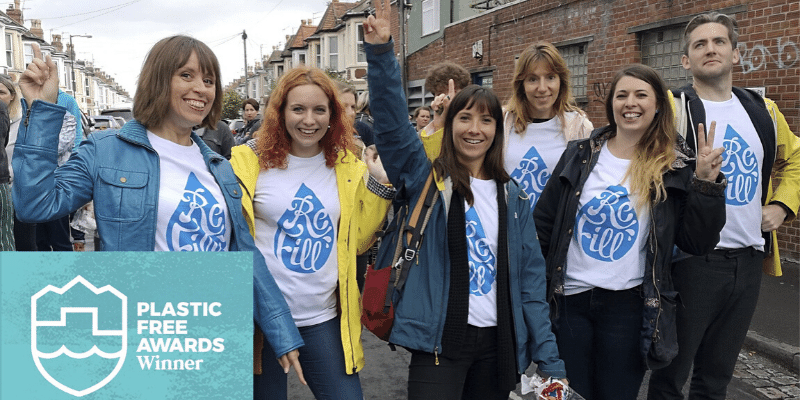 Our film ‘Turning Tides’ won the TVE Global Sustainability Awards ‘Beyond Plastic category’ and we won the Surf Film Fest ‘Shorty Awards’ for a film to raise awareness of the issue of plastic pollution in our oceans.

Our founder Nat won the Sunday Times and Volvo ‘Visionary Award’ and our CEO Rebecca was listed as one of NatWest’s WISE100 (Women in Social Enterprise 100). 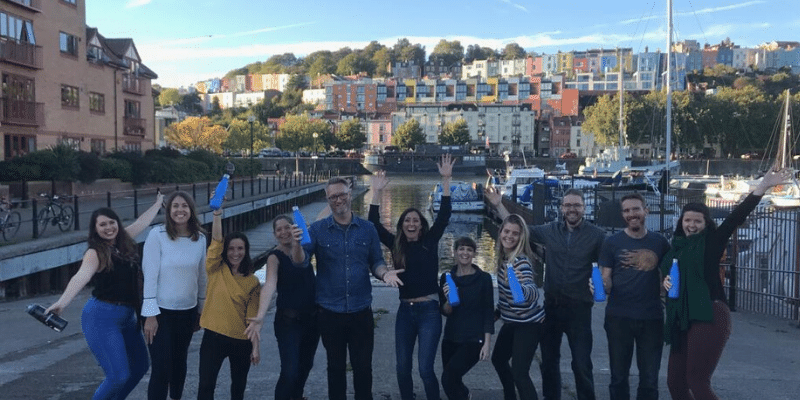 It’s been a year since our CEO took the helm and in January, we also welcomed our brilliant Non-Executive Board to further strengthen our governance and accountability.

We’re all here thanks to one inspirational lady, our founder Natalie. It’s been a special year for her as she launched her second book ‘How to Save the World for Free’ – which has gone on to be an Amazon best-seller! Nat has also released a new music video, secured a column with Time-Out magazine and featured in countless media and TV interviews, reaching millions!

And Nat’s not the only team member with book out this year. Our videographer Michelle, has recently published a children’s plastic pollution book – ‘Seb & Polly Planet on their Ocean Quest.’

That’s it from us this this year. We’ll be closing the office for the Christmas break and taking some much-needed time to rest, restore and regenerate. And we hope you’ll be doing the same! Enjoy some time in nature, switch off your phone and give yourself some space to reflect and recharge.

Next year we’ll be back and ready to continue with our mission to prevent plastic pollution at source by awakening active hope, championing practical solutions and inspiring collective action.

Our vision is a world where everyone connects their actions to our oceans and all life can thrive. And together we can make this vision a reality. After all, we don’t need one person to do it perfectly, we need millions to do it imperfectly.