British Summer time is in full swing, so now is the perfect time to sit back, relax, enjoy the sunshine (or cool down in a cold dark room!) and soak up some rays of optimism. To mark one of our favourite months – Plastic Free July – we’ve pulled together some inspiring stories from around the globe, celebrating the success stories and positive news that are taking us away from a disposable, throwaway culture and towards plastic-free living bliss. Enjoy. 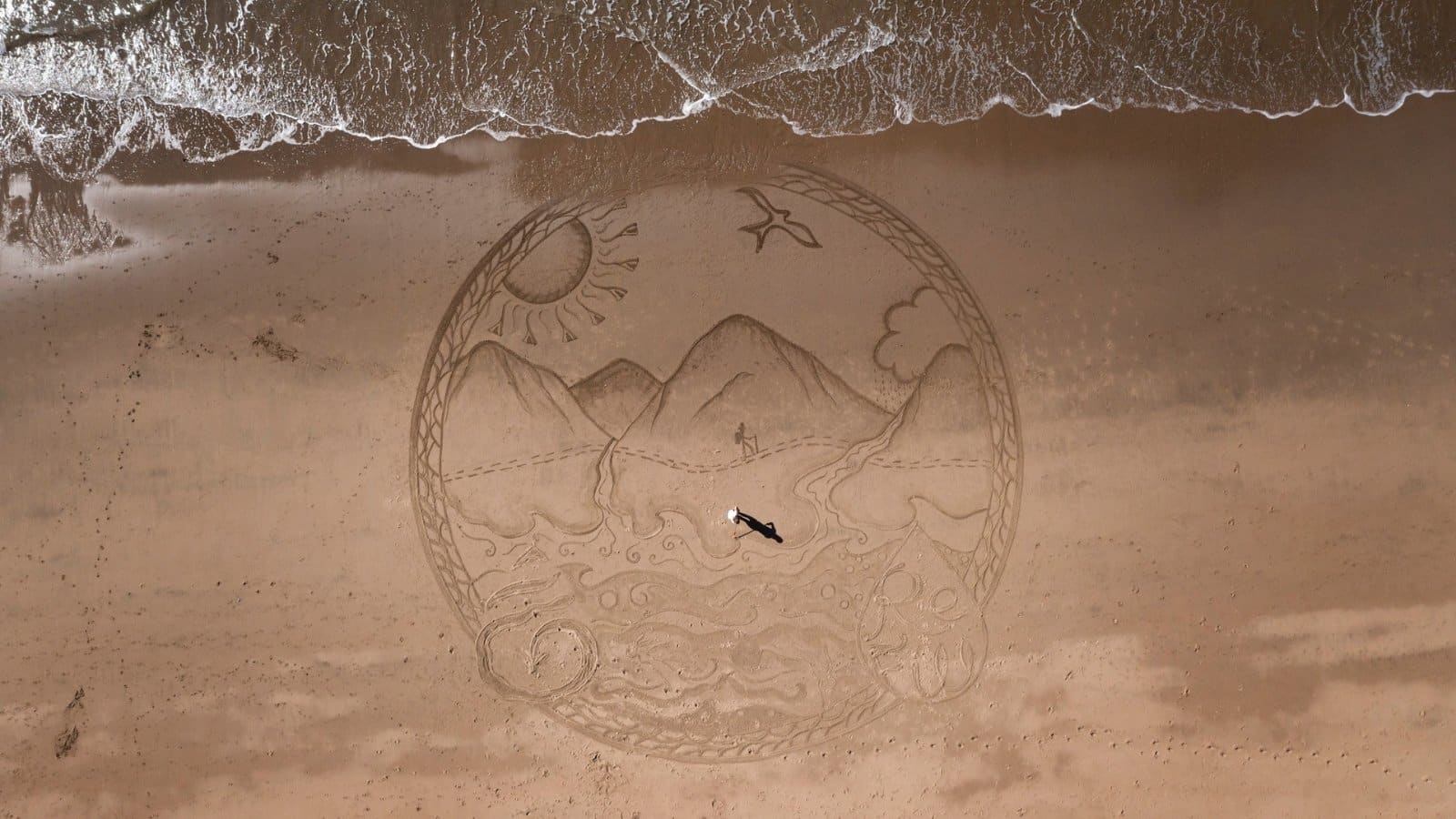 The National Trust Wales and the Wales Coast path marked World Refill Day 2022 by teaming up with Welsh artist Rachel Shiamh to create an incredible piece of sand art to inspire people encouraging everyone who visits the beautiful Welsh beaches & countryside to leave no trace and help keep Wales plastic-free.

19 single-use plastic items have now been banned in India – including spoons, cups and straws. These disposable items have been identified as non-essential and harmful to the planet as they so easily become litter. With a population of over 1 billion people, it’s easy to see how this ban will have an enormous impact on our planet.

And it’s not only India… new bans on single-use plastic have recently been announced in Bali, Canada and California. Going plastic-free is going global! 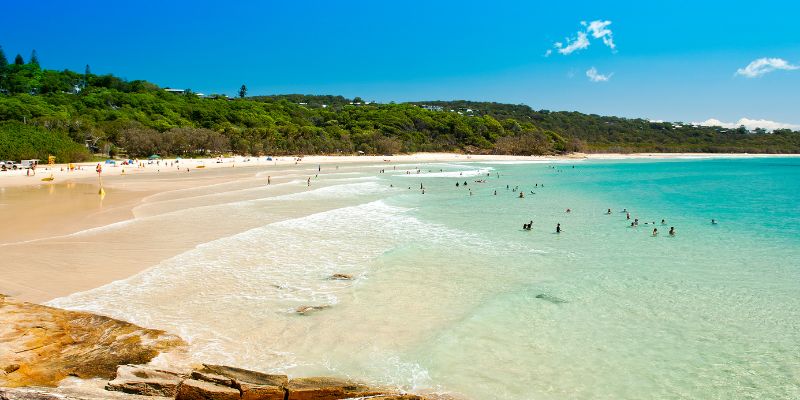 Going plastic-free, down under

Local initiatives around Australia’s beaches over the last 6 years have proven successful as 30% less plastic is being found across Australia’s shores. Some beaches even saw a 73% decrease in plastic litter, depending on the activities in the area, proving it really is all bout people power! So grab your cozzies and your thongs (we’re talking about the footwear!) and take a dip!

Time to toot our own horn… We’ve teamed up with our friends at Ecosurety to announce a new “Bristol Refill Cup Scheme”. The innovative new project will enable Bristolians to “borrow” a reusable takeaway cup from a café and return it to another outlet so it can be used again and again…and again!
Find out more about the Bristol Refill Cup Scheme 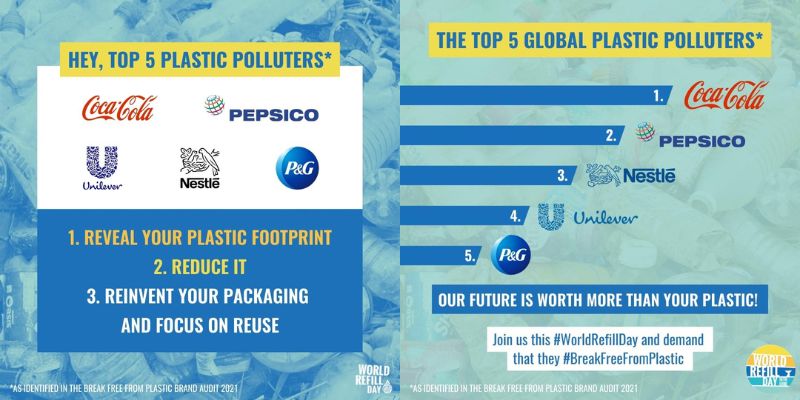 CALLING OUT THE BIG POLLUTERS

A global coalition of over 400 global organisations, including Greenpeace, The Women’s Institute and The Muslim Council of Britain signed our open letter that demanded that the five companies named as the biggest plastic polluters commit to ‘transparent, ambitious and accountable reuse and refill systems’.  The letter called on the 5 biggest plastic polluters; Coca-Cola, PepsiCo, Nestle, Unilever, and Procter & Gamble to tackle their plastic pollution impact by switching from single-use to affordable and accessible refillable and reusable packaging.
Read the Open Letter 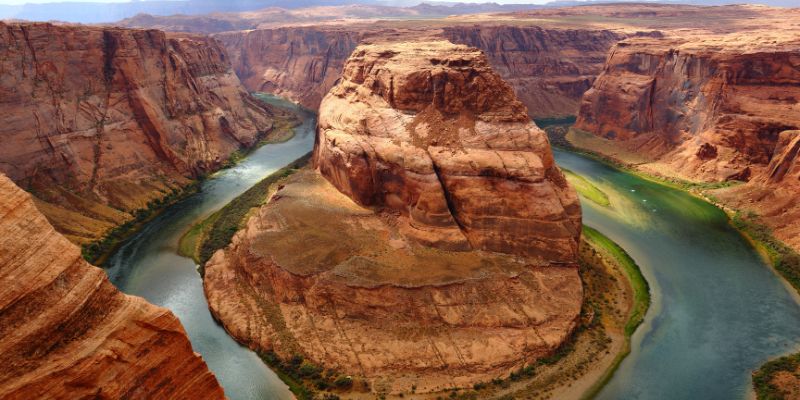 Taking America’s Parks back to Nature

The Department of Interiors in the USA has announced an order to reduce single-use plastic in Americas National Parks by 2023. The plan is to phase-out sales of single-use plastic items in all parks and public lands, helping to eliminate pollution in the parks and oceans, and allowing people to enjoy these stunning landscapes as they were meant to be… plastic-free!

For many, summertime means one thing and one thing only… Love Island. Once notorious for its fast-fashion trend setting, with contestants dressed head to toe in synthetic clothes made from plastic, the show has turned it’s head, and has broken up with fast fashion. This season, contestants on the show will be dressed in second-hand items from Ebay, their new pre-loved fashion sponsor. Now that’s our type on paper! 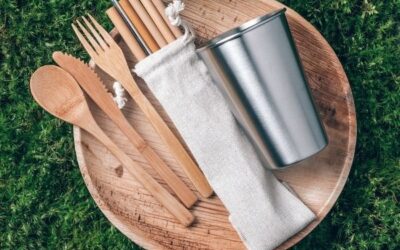 With Eid al-Fitr just around the corner, lots of us are considering ways to celebrate that don’t cost the earth.

END_OF_DOCUMENT_TOKEN_TO_BE_REPLACED 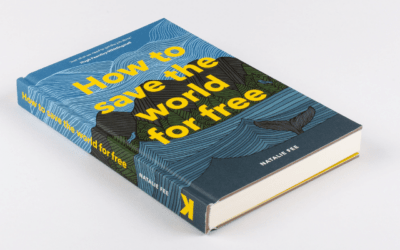 Have you read these planet-protecting books?

Need some earth-kind inspiration for your bookshelf? Check out our top ten environmental books, chosen by our team.

END_OF_DOCUMENT_TOKEN_TO_BE_REPLACED 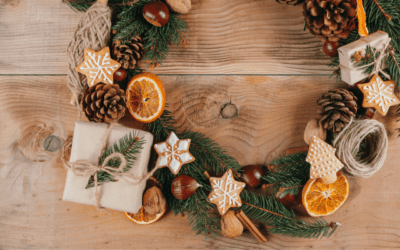 Have yourself a merry plastic-free Christmas

The countdown to Christmas is on, so we at City to Sea have come up with our favourite tips so you can have a merry plastic-free Christmas.

END_OF_DOCUMENT_TOKEN_TO_BE_REPLACED 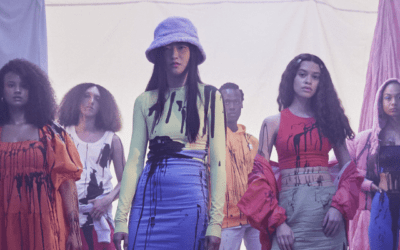 Why Making Clothes from Plastic Bottles is a False Solution

We’ve teamed up with Changing Markets Foundation to unveil the latest greenwashing practices in fashion. Find out why making clothes from plastic bottles is a false solution.

END_OF_DOCUMENT_TOKEN_TO_BE_REPLACED 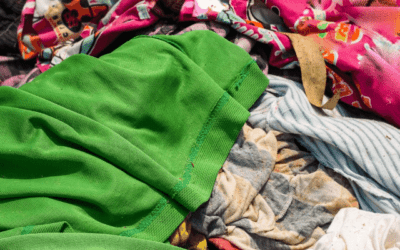 The Environmental Cost of Fast Fashion

Fashion is one of the most polluting industries and has a HUGE problem with hidden plastic. Discover the environmental costs of fast fashion.

END_OF_DOCUMENT_TOKEN_TO_BE_REPLACED 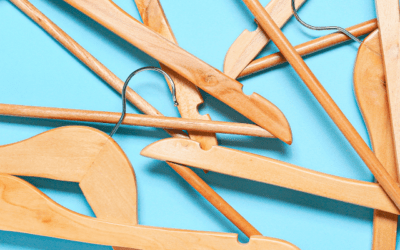 The fashion industry is well known to be one of the world’s most polluting industries, contributing to water, air and soil pollution.  But did you know that the industry also has a HUGE plastic problem too? We’re here to help you navigate and choose Plastic-Free Fashion.